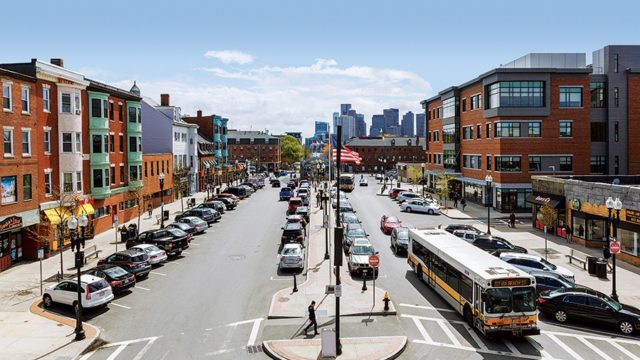 The Battle for Eastie’s Soul

Author:admin
Category:Articles
← How a Bear Triggered an Epic Fight Over the Inner Lives of Animals
Inside Wayfair’s Identity Crisis →

Along the way, the population has swelled, parking spaces have grown scarce, and commuter traffic has slowed to a crawl. But beyond the vast physical changes, the culture of Eastie is transforming into something unrecognizable to those who have long called it home. A battle is under way between the old Eastie, the launch pad for generations of new Americans, and the new Eastie, the landing spot for more-affluent and aloof newcomers. “It’s a lot of growing pains, and a lot of change,” says City Councilor Lydia Edwards, who represents the area. “People are trying to make sense of it.” [Full article]